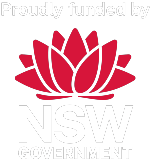 Australia has world class health and medical researchers who have been responsible for many life changing breakthroughs that have benefitted the Australian and international community.

But the ability to conduct this research in Australia depends on being able to recruit enough people into studies which can take months and sometimes hundreds of thousands of dollars to do. Many studies fall over at this hurdle because they just don’t get enough people to participate.

It’s not that people don’t want to – in fact there’s data to show that if you asked the community if they’d be willing to be involved in research that was relevant to them, about two-thirds would say yes, but in practice only about one percent will ever be involved in a clinical trial.

That’s why The George Institute in partnership with the University of New South Wales has launched Join Us, which aims to recruit a million Australians who agree to be contacted if there is a study that might be appropriate for them.

The George Institute’s Executive Director talks to the ABC’s Dr Norman Swan about how the register works and what’s involved in signing up. 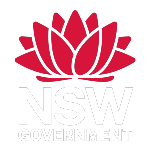 The Join Us Register would like to Acknowledge the Traditional Owners of the lands across Australia as the continuing custodians of Country and acknowledge the many Aboriginal and Torres Strait Islander people of this land.

We pay our respect to our First Nations peoples and their Elders, past, present, and emerging new leaders.

We acknowledge and celebrate the knowledge and the strengths of Aboriginal and Torres Strait Islander peoples and communities and recognise their continuing connection to land and waters.

We thank the many Aboriginal and Torres Strait Islander communities, and the many individuals, organisations that have supported and guided us through our journey.